Last month, we sat down with YouTuber and entrepreneur, Kraig Adams to talk about best monetization and growth practices on the video-sharing platform, along with how he got started in the first place, what he’s learned and where he’s headed.

Kraig Adams has been referred to as the “Affiliate Marketing King.” He has reached over 106,000 subscribers on his Wedding Film School YouTube Channel and over 70,000 on the Kraig Adams YouTube channel. He also has his own podcast and coaches others in the space on how they can make YouTube a full-time job.

But how did he get here?

When Kraig was searching for colleges to attend, he wasn’t really sold on websites or even in-person tours. What he was sold on was YouTube videos and videos online, especially from actual students at the college. That’s the kind of content that he was looking for before he started college and what he found was sparse if at all.

So, on the first day of college, Kraig started a weekly blog about what it was actually like to be a TV & Film arts major at the college he was attending. From that point on, he made a pact that he was going to create the type of content that he craved, no matter the subject. Fast forward to today, that’s the common thread that runs through all of his content, including the Wedding Film School channel and the Kraig Adams channel, along with his coaching sessions – he gives back and teaches to help others that are in his shoes.

“In every relationship, you should be trying to add more value than you take,” he said. “It’s a very positive thing to genuinely want to help someone without any expectation of getting anything back. But for people to click your links and actually take your advice, that takes trust and to build trust, you make promises and you keep those promises. The more you facilitate that feedback loop, the more people build some kind of loyalty to what you say and what you represent. Once you start having an audience that listens to what you’re doing, that’s exactly what sponsors want. The most basic form of sponsorship is affiliate, so if people click your links and buy the things that you recommend and represent, that’s income. That’s you working and making money based off of the hard work that you do.”

Reading between the lines of everything that Kraig had said, it was clear that trust is the underlying thread that weaves a larger picture of success on YouTube. So how do you establish that trust and maintain it? 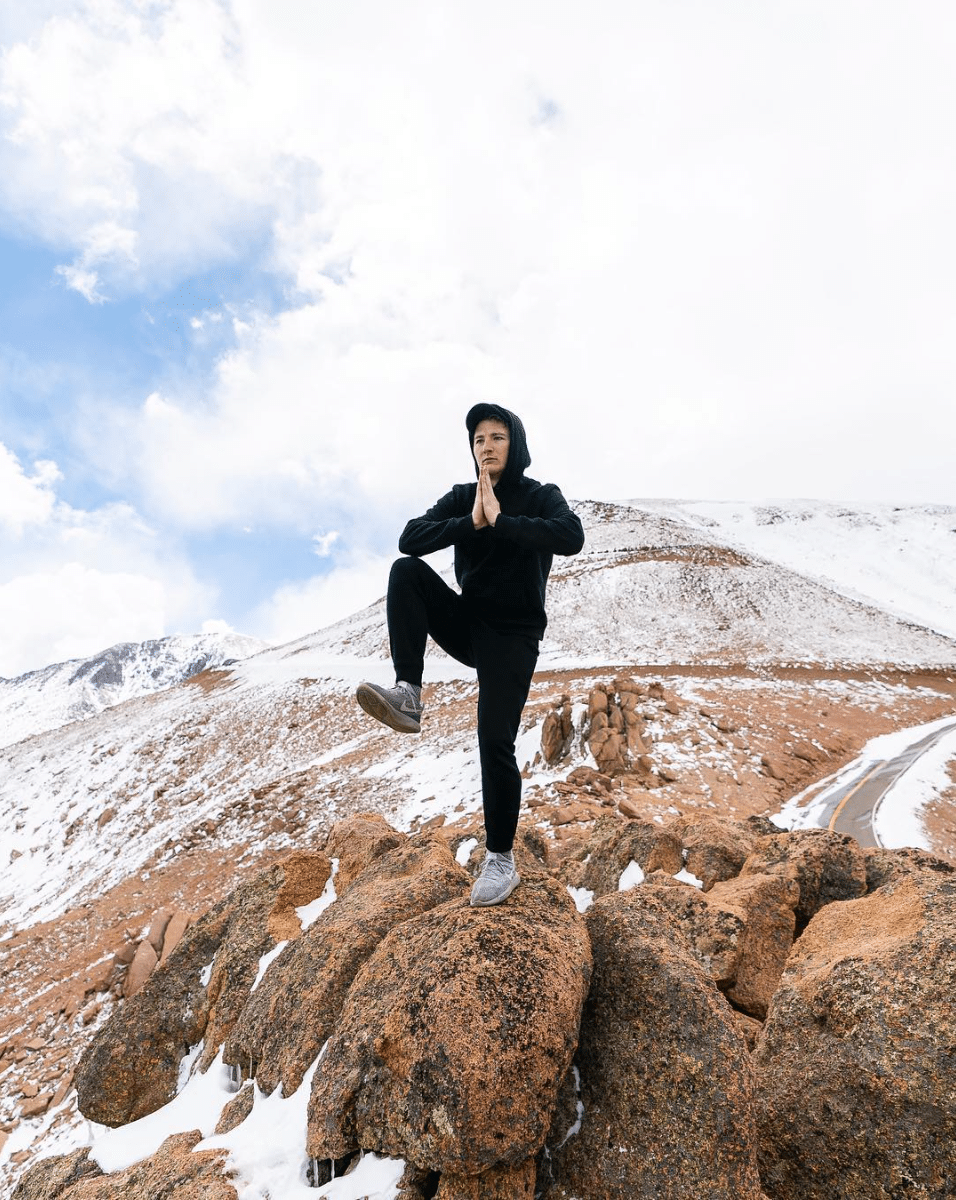 There became a moment when Kraig realized this was something he could really be successful at. “The Wedding Film School channel is my most successful channel. When I embraced the name ‘Wedding Film School’ and started to bring wedding filmmakers together with couples, I realized ‘Wow. This is the first time is all makes sense.’” It was when I actually sold more, got better clients, was teaching the community and getting sponsors involved that he really saw it; he saw the business of YouTube and that was when he decided to go full-time.

So how do you get started? Kraig’s advice:

“Make whatever you want. Inspiration should come from everywhere and not just the platform that you’re posting on. Pull from nature, pull from books, pull from music, pull from food, from animals – whatever. Second, I would suggest realizing that people are almost more important than the content that you’re creating. It’s possible to get popular and become successful in whatever sense that is just by making and posting and never talking to anyone else and never asking for feedback. To be 100% of an artist, I feel like that’s what that is. But the reality of the situation is that you need to work and collaborate with other people. You need to have a real roadmap of the people that you look up to, that inspire you, that you would love to connect and give value to in the future, those are the people that you follow on Instagram, Twitter, and Facebook and then you should have those people on your radar. Always be pushing towards that as a goal. Then, also identify the people in the struggle with you, in the same industry in the same genre, niche, whatever. With similar impact and influence, you should be working towards the same goal next to each other. Those are probably going to be the best people to collaborate with because you’re in similar situations and you’re going through the same process. Eventually, you’ll start to have fans. They will start out being your mom and then your closest friends. Those are the first people that you’re trying to make promises to and keep them. Whatever your content is, go with that idea. Make a promise, keep a promise. The fans will be happy and they will share. Just keep doing that over and over again. Make a promise keep it.”

He really looks ups to the people that inspire the community as a whole and then labels them as pros. He explained that these are also people who have the potential or ability to inspire. But how does he find them? His fans shout them out. Kraig believes that it’s his job to help those people in the community and put them on blast. 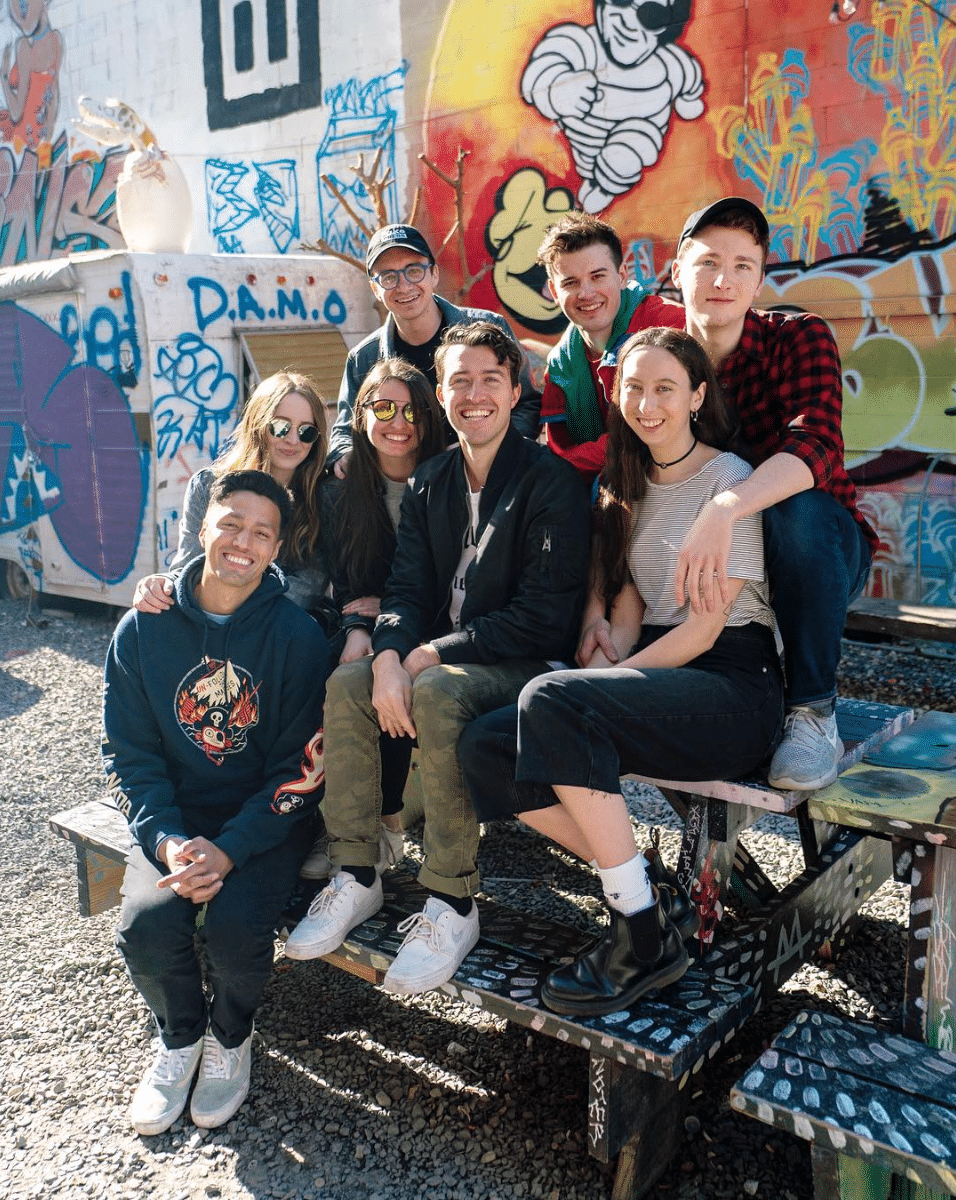 Kraig only follows 70 people, but there is one YouTuber that he watches nearly every single one of their videos – Julien Solomita. Kraig likes watching Julien’s channel because he’s flat, authentic, real and raw. “You feel like you get to really know him,” said Kraig.

Just like Kraig mentioned earlier, you need to have a real roadmap of the people of the people that you look up to, that inspire you, that you would love to connect with and give value to in the future.

But what’s Kraig’s advice when it comes to connecting with those people?

“You’ve just gotta know what they want and get it for them. Don’t even ask, get it for them. If you can’t do that and get their attention, you need to find the 6 bodyguards, the 6 people around them that they love who are in their circle, add value, figure out what they want and get it for them. If you do that for those people and they don’t recognize you, pick one of them and then do the six people around that person. You just need to keep finding what these people want, getting if for them and then expecting nothing in return. If you do that enough, people start to notice and give you value back and even become your friend – it works. If you do that to the people around someone that you’re trying to get to, chances are that that person’s going to catch wind that you’re making all their friends a lot happier so they will come and talk to you.”

What’s next for Kraig Adams? As of now, he goes back and forth between creating, organizing and monetizing. He’ll create, create, create. Then he’ll spend time organizing it and then monetizing it. He’ll get feedback on what’s working and then he’ll do that more and this less. The three filters within the process are what he’s focusing on. Right now he’s realizing that his product is education and he’s in the monetization part of what he’s doing. So, he is working on workshops, in person, small group workshops.

What should someone be doing today if they aspire to be like Kraig? Kraig explained that when some small YouTube creators start out, they just try to vlog and copy the people who inspire them like Casey Neistat. “It’s the most tragic thing I’ve seen on Youtube are kids, teens who are on vlog 200 and each video has about 10, 20, 30 views but they keep doing it because they think if they keep uploading these vlogs that’s what they need to do. It’s tragic because they’re just copying what they think they need to do to be successful.”

Kraig went on to say that so many people are copying Casey Neistat, but if that if they just made two or three videos – one a week or one a month, even, that were entirely their own and unique – something no one has ever seen before – that’s better but it takes risk. “It’s really scary to make something that you don’t see out there as being successful. But if Casey has a couple million on a vlog where he skates on a skateboard, it makes sense to kids to try and copy that and then be successful.” 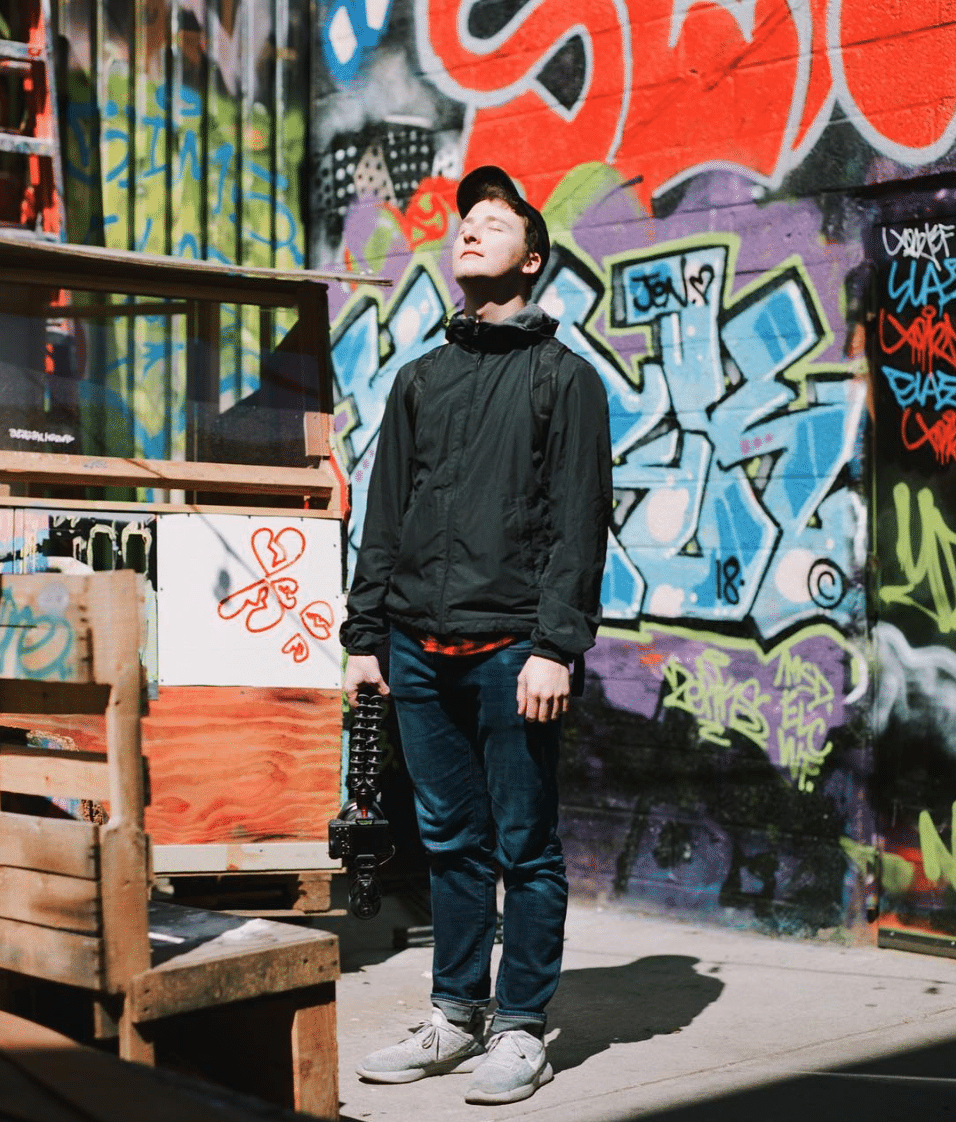 Key takeaways from our conversation with Kraig? Be yourself. Be authentic. Quality over quantity. Create the content that you wish you could find. Establish and maintain trust between you and your audience. Make a promise and keep it; and in every relationship, always, always add more value than you take.