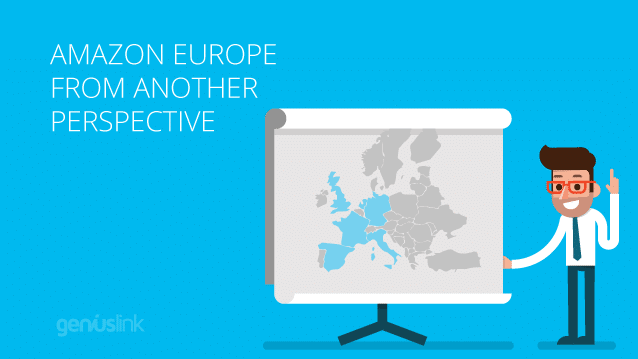 William Tjernlund is an experienced Amazon seller, consultant, and resident expert at [INSIDE AMAZON]. In this brief guest post, he’ll go over each of the European Amazon storefronts and give his perspective on each one. Keep in mind that these are his personal opinions, but we think it can still be potentially valuable advice for sellers, and affiliates, who are just getting started in Europe. We’d love to hear your thoughts too, so leave us a comment below! To learn more about William, check out this interview he did with WebRetailer.

Italy – Amazon.it
I have been wary about the Italian market for a while now. There does not seem to be much of an eCommerce culture in Italy. Consumers seem to prefer small boutiques and in general, do not trust the postal system. When I studied abroad in Florence, I would constantly hear horror stories of their national postal system.

If customers do not trust the delivery method, they will not trust buying products online. Until Amazon can handle end-to-end logistics (most likely using drones), the narrow streets of Florence will not be filled with Amazon boxes anytime soon.

Spain – Amazon.es
The Spanish are plagued by the same problem that the Italians are: poor logistics. And they will face the same question that a lot of new markets face: Is our nationalized postal system set up to handle an eCommerce monster like Amazon? Amazon eventually would like to deliver packages from their fulfillment centers to the customer without the help of a third party. I can’t help wondering how high preparing end-to-end logistics for Amazon.es is on their to-do list.

France – Amazon.fr
The French government does not like what Amazon is doing to their local economy. They originally tried to ban free shipping in 2014 (Amazon made shipping cost one cent to get around the new rules). The current Mayor of Paris is also not a very big fan of Amazon, ever since Amazon started offering one-hour shipping.

The mayor of Paris this week issued a stern warning to Amazon over its express delivery service, raising concerns over its impact on local businesses and criticizing the US company for informing authorities ‘only a few days’ before it launched.“ –The Verge

The Amazon.fr market seems the bleakest of all in my opinion. At any moment their government could decide to kick Amazon out of the country, which makes it hard for a seller like me to want to make any investment in the shaky French marketplace.

Germany – Amazon.de
I feel a lot more optimistic about the next few countries. I have spoken at multiple conferences throughout Germany and I have seen first hand how hungry the German sellers are. Though Amazon.de is not as developed as its US counterpart, the German market is very robust. Amazon.de is the second largest market behind Amazon.com. Between AWS and eCommerce sales, Amazon.de accounts for almost $12 billion dollars in sales last year.

“Germany is the fifth largest e-commerce market in the world, with about $66 billion in online sales, after China ($563 billion), the U.S. ($349 billion), the U.K. ($94 billion) and Japan ($80 billion),” according to Nasdaq. Germany still has a lot of room to grow, too. They have one of the lowest percentages of online shoppers of the major Amazon Markets. Amazon.de also ships to Poland, Austria and other neighboring countries which makes me very bullish when it comes to the German Market.

Netherlands – Amazon.nl
The Netherlands is a perfect country for Amazon to sell into. First off, they have Rotterdam, which is the largest port in all of Europe, 8th biggest in the world, and the biggest port outside of Asia. Another reason why the Netherlands is perfect is that it is a very small country with the densest population in Europe behind the micro-countries (31st most dense in the world). Lastly, they also have a lot of disposable income and an above average postal service. A lot of Dutch consumers still use Amazon.co.uk as their primary marketplace since Amazon.nl does not have a huge product selection, but that will change over time, especially if Brexit makes cross-border shipping expensive.

Editors note: Amazon.nl does not currently have an affiliate / Associates program.

UK – Amazon.co.uk
Amazon UK seems to be a combination of the Dutch and German markets. They have the logistics, product selection and online buying culture of Germany while having the logistics, infrastructure and population density of The Netherlands. On December 20th, Amazon.co.uk was also the first country to allow drone delivery and shortly after a drone delivered its first order to a customer in Cambridgeshire UK. Length of time from the customer clicking “place your order” to delivery was 13 minutes. I do not think the French would be happy about that kind of efficiency. Lastly, I have seen how hungry the UK sellers are. About half of the questions I receive are from sellers in the UK. If you can get sellers on board, they will add SKUs to the catalog and eventually compete with each other via price. This is good for the consumer and is why having more sellers always benefits the consumer.

The German and British market are the leaders in Europe owing to the number of sellers, and I do not see that changing anytime soon.