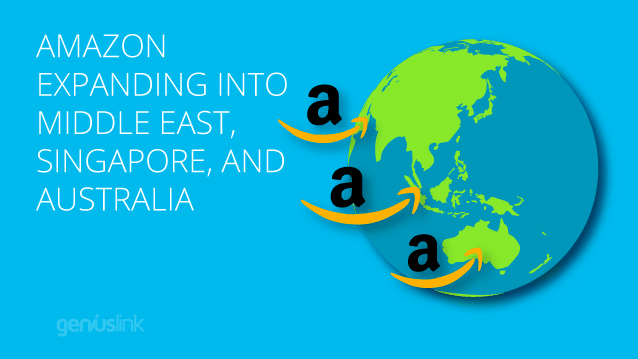 It appears that Amazon has a big 2017 planned in their conquest of global domination, with two new stores and plans to upgrade one store from digital-only to physical sales as well. This includes the recent acquisition of Souq.com to create an Amazon store in the Middle East, as well as the planned launch of a storefront in Singapore, and the expansion of the Australian storefront to start including physical products.

In late March, Amazon purchased Souq.com, who is considered the dominant online retailer in the Gulf and the Middle East and lays claim as the largest e-commerce site in the Arab world.

The full transformation into a similarly themed Amazon storefront will likely take some time as there are some major challenges to e-commerce in Gulf and the Middle East. This includes a low number of credit card owners in the population and the lack of traditional mailing addresses in many parts of the region.  To date, Souq has addressed some of these challenges by employing a cash-on-delivery service and relying on locating customers through calls to their cell phones.

While we can only hope that an Associates Program is quick to follow, our guess is that it will be some time before the infrastructure is in place to ensure a fully functional and seamless referral program.

Singapore seems to be the most plausible destination as it has a higher ownership of credit cards, wider internet penetration, and more established logistics and delivery networks, which creates a clearer environment for business compared with other parts of Southeast Asia.

E-commerce in Singapore is tipped to surge as the middle class grows and more people start to shop online. According to a 2016 report co-authored by Google, the e-commerce market is expected to grow at over 30% annually and reach $88 billion by 2025.

Based off of this news, we’re guessing that the Singapore storefront will launch as a digital-only store like the last handful of Amazon storefronts that have launched in recent years. However, we expect physical items to follow shortly behind as infrastructure is developed, and an Associates Program quickly following, similar to how Amazon Mexico was rolled out.

After 10 years as a digital-only storefront, it appears that Amazon is renewing focus on Australia and is ready to make the move to start selling physical items. Amazon has confirmed delivery services are coming to Australia in 2017, and the majority of local retailers don’t have a plan to be able to compete with them in the consumer market. ABC News has reported that a team of more than 100 have been hired in Sydney in a variety of roles including logistics, IT, and security for this purpose.

Leaders in local Australian commerce are fearful of what Amazon will do to the region. With Amazon’s focus on data and the ability to promise cheaper prices, faster delivery times, and access to more products, (including groceries) Amazon could prove a big threat to local retailers.

We expect the renewed focus in Australia by Amazon will not only lead to the beginning of physical product sales but also the roll-out of an Associates Program to help spur an increase in the region’s single digital retail growth over the last decade.

As a recap, Amazon currently has 14 storefronts worldwide, three of which only sell digital products while the remaining 11 offer both physical and digital products.  Amazon also offers 12 storefront specific affiliate programs, collectively called their “Associates Program”.

We look forward to hearing your thoughts and rumors!
– Team Geniuslink