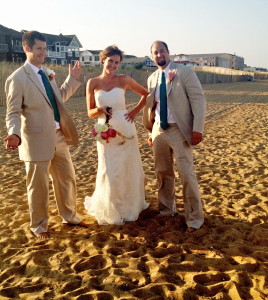 We were recently challenged to tell the GeoRiot story and explain how we came to do what we do in 200 words or less – not so easy!

We wanted to share it with you to give you a bit of a behind-the-scenes look at our founding team and how they met one another and created GeoRiot. So without further ado…

From the rivers of Colorado, through the valleys of Silicon, to the beaches of Delaware- Jesse Lakes’ dream of building a unified, user-friendly affiliate-linking platform was a long time in the making. What began as a hobby-inspired side project (building Ski/Snowboard soundtrack websites), led him to discover Apple’s affiliate program, and the tangled web of geo-fragmentation it weaves. An ambitious Colorado raft guide by summer, he wrote a book about the marketing program during the off-season winter of 2009. Upon publication, Apple called to say they’d sue if he proceeded. Shortly thereafter, Apple retracted and made a better offer: Global Affiliate Product Manager.

Two years later, GeoRiot was an itch he couldn’t scratch, so he and fiancée/Apple engineer Shannon McGuire said a bittersweet goodbye and traded coasts for a secluded winter of hacking. (Think: The Shining meets, beach town, meets Y-Combinator.) Several lines of code and a wedding later, they packed up again. Destination: Seattle. Mission: join Co-Founder/lifelong best friend/Microsoft engineer Jesse Pasichnyk, and give GeoRiot a permanent home.

It turns out, you can find a career by following your passions- having a tireless work ethic, and wife and best friend who are computer engineers also help.