You may have heard that in the past few months, the Geniuslink team has grown, but it recently grew again by one more. Geniuslink has hired its first Chief Marketing Officer, Mario Schulzke.

From Plettenberg, Germany, Mario first came to the United States as a high school exchange student at the age of 16. Jesse Lakes, CEO and Jesse Pasichnyk, CTO, were his first friends in Hamilton, Montana. After attending high school together, they moved on to college and attended the University of Montana. Jesse Lakes, Jesse Pasichnyk and Mario have always carried an entrepreneurial spirit both individually and as a team since meeting back in high school. While studying at the University of Montana, they started many companies and side projects, most notably, a website called Niftytricks. To this day, they’re somewhat bitter about placing second in the business plan competition – getting beat by an airport restaurant shaped like the state of Montana. Well, at least Mario is clearly still bitter.

After graduation, the three went their separate ways and Mario spent ten years running digital teams and divisions at ad agencies (WONGDOODY and R2C Group) up and down the west coast. During that time, he had the opportunity to work on accounts like Epson, Western Digital, Chase, ESPN, Alaska Airlines and a bunch of other awesome big companies.

He saw a lot of good ideas that never got the opportunity to come to fruition. This led to his desire to learn from entrepreneurs who were actually making their ideas happen.

Mario started interviewing entrepreneurs and with the opinion that ideas alone are worthless, he started IdeaMensch; which, today, is the Internet’s largest interview site for entrepreneurs – with over 3,000 interviews. Eventually, Mario stepped out of the agency world to pursue IdeaMensch and set out on a cross-country road trip “for people with ideas”, organizing speaker events all over the continental U.S. 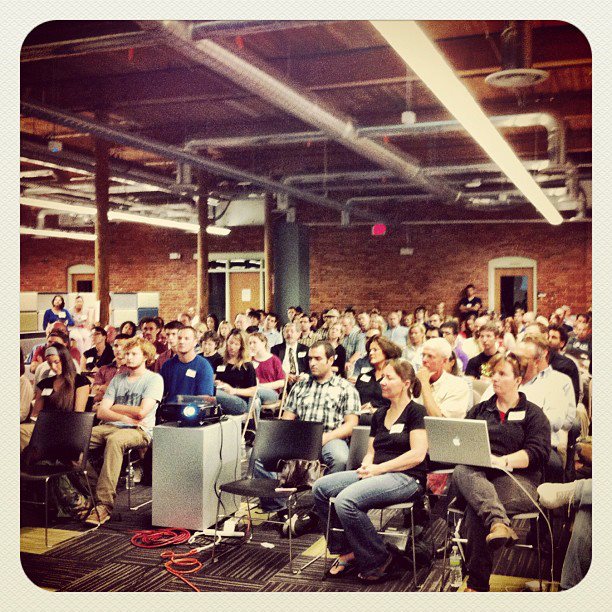 After organizing a 48 state road trip, he returned back to where it all started – the University of Montana. There, he ran marketing for 5 years and taught in the business school he once attended. During his time as an instructor, he had some phenomenal students, including Joey, our Project Manager and Meg, our Marketing Manager – who both came to know Geniuslink through Mario.

Any sane human can only function for so long in a giant bureaucracy, as Mario explained it. Mario had been an advisor to the company for the past four years, so when the opportunity arose to work with his best friends and his former students, he jumped. “That’s a pretty phenomenal opportunity that you just don’t pass up.” He said.

Mario is extremely excited and humbled to serve as the CMO of Geniuslink. “I really believe in Geniuslink and mostly, the people we’re trying to help.” He went on to say that he’s been a passionate creator and a Geniuslink client himself for the better part of the past decade.  Looking at Mario’s career thus far, there’s a common thread; a passion to help people bring their ideas to life. He feels like he’s following that same thread as he looks forward here at Geniuslink.

“Many of our clients are solo entrepreneurs and creators, the same people I have been aiming to help with IdeaMensch. Imagine being able to work on a problem you’re passionate about, being able to serve a customer base you can relate to and be able to do so with your best friends and a couple of former students – it’s a no-brainer. You’d have to be insane to not want to do that.”

Mario lives in Missoula, Montana, where his daily work activities are closely supervised by his 17-year-old cat Otto and Lucy, a definitely not purebred long-haired wiener dog. When not jamming in front of his Mac, Mario rides bikes, walks trails, fishes rivers, grows plants and continues to lose hair thanks to rooting for Schalke, Germany’s most consistently inconsistent soccer club. Mario’s mum is really proud that he went to school to get a Bachelors in Marketing, an MFA in Media Arts and an ALTMBA from Seth Godin. 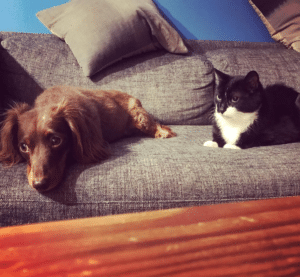 For Mario, everything has come full circle. He’s a creative guy with an entrepreneurial spirit that gets to work on the grandest project yet – with his two best friends.