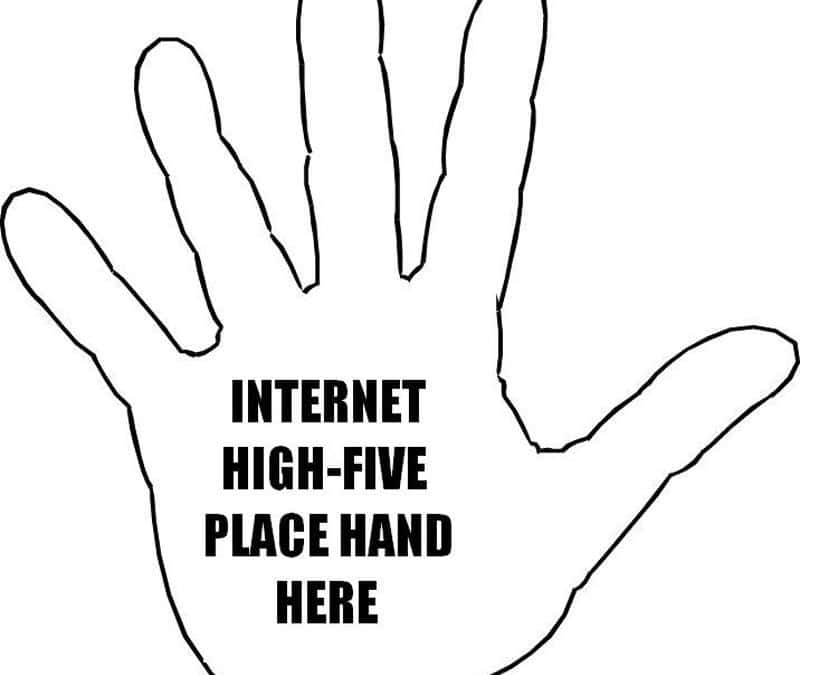 In business it is often the little things that make a big difference. In sports little things win big games. To achieve success in both arenas there must exist a certain attention to detail and focus on the core fundamentals of a task or project.

This focus involves teamwork, and with teamwork, communication is paramount to success. Organizations invest thousands of training dollars on verbal and electronic communication. Yet in this wired world we live in the most important connection is the human connection. The most significant aspect of this connection surprisingly is often unspoken. Researchers at the University of California at Berkeley have proven this, in of all places, on the basketball court.

Researchers Michael Kraus, Cassy Huang and Dacher Keltner spent the entire 2008-2009 season coding three types of nonverbal communication on each team in every NBA game (high fives, hugs, & bumps). They found that the most successful teams and individual players made more consistent contact with their teammates. To ensure the effect wasn’t just seen in teams because they were already winning the research was focused on the initial months of the season.

Longitudinally, they compared the touch totals of perennial power Boston Celtics with that of the Golden State Warriors a perennial doormat. The Celtics and their leader Kevin Garnett (among the NBA?s touchiest players) were quick to touch often contrasted with Golden State who would go stretches of several minutes without teammates communicating via touch. (It should be noted this research took place right after the Celtics won their most recent championship.)

The results stand to reason when you consider research on personal touch from other areas. Harvard researchers determined the brain development of babies was enhanced by personal touch. Additionally, it was determined by University of Miami researcher, Tiffany Field that students who received a supportive touch on the arm or back by a teacher were almost twice as likely to participate in class as those who didn’t. Numerous research studies have shown the power of touch to alleviate anxiety and decrease cortisol levels.  Touch has the ability to trigger the release of oxytocin which is a hormone that helps create a sense of trust in humans. Trust encourages teammates to take intelligent risks and push the performance envelope. Trust can also help you lead people in directions they might not go on their own. Team cohesion and trust go hand in hand in fostering Esprit de Corp and members putting forth greater effort.

Kraus stated, “One of the major touching differences we see is in some of the really good teams when a player has made a negative play, they’ll walk over and give him a hand and pull him up. Some of the other teams you make a negative play, you can be sitting there for several moments and have to get yourself up.”

This piece of data alone should result in a bit of introspection. How often do you help up a fallen teammate at work? How do you address the sales person who has a bad month or the project manager who just made a tactical error? Managers, do your team members only get the proverbial high five after an occasional success? Or is it consistent and frequent regardless of the situation? I am not suggesting the CFO give his accounting team a pat on the fanny, as this would pose a serious harassment issue I am suggesting you stay connected through personal touch.  A quick tap on the shoulder in the hallway or a high five across cubicles on a regular basis clearly has value.

A feeling of mutual trust can enhance performance in any work environment from the locker room to the board room.

A special thanks again to Coach Bru for this article and for allowing us to repost it on our blog!